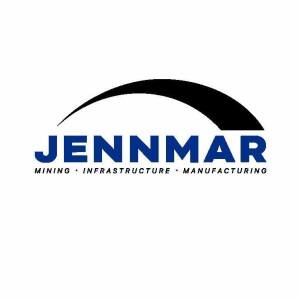 Of Fox Chapel, Pennsylvania passed away on Friday, September 16, 2022 at age 84.  Born in Cresson, Pennsylvania on October 20, 1937 he was the beloved son of the late Frank and Mary Calandra and brother to Jack Calandra.  He was preceded in death by his late son Frank Calandra III.  Frank is survived by his beloved wife, Rosemarie Calandra and his three children:  Karl Anthony “Tony” Calandra and his wife Stephanie, Kara Calandra Charbonneau and her husband David, and Kimberly Calandra Tohme and her husband Samer. He was the grandfather to Ava, Gia, Frank IV, Toni, Mia, Max, Madison, Mila Marie and Julian.

Frank graduated 10th in his class at Mercersburg Prep School.  After graduation he enrolled in Carnegie Tech for two years and studied metallurgical lab work.  He then attended St. Francis University, majored in Accounting and played on the golf team.  Shortly after college he joined the National Guard and quickly rose to the ranks of Sergeant.  After gaining leadership skills and discipline in the National Guard he worked as an accountant for five years.  He returned home to Cresson in 1965 to help with the family scrap business.

In 1972, Frank and his brother Jack Calandra founded Jennmar and aggressively began to re-shape production and safety methods in underground mining. Frank’s work ethic was forged by his time spent in the army and learning from his parents in the steel mills collecting scrap during his childhood.  Frank was President at Jennmar from 1972 until 2018.  During his tenure at Jennmar, there was a direct correlation in reducing underground fatal mine injuries from 150 a year in 1972 to under 5 a year by 2018.  He is responsible for creating over 20 patents in roof control design for underground mining and his companies are associated with well over 100 additional patents.  Many lives were saved and improved because of his hard work and devotion as President of Jennmar for 46 years. His favorite mottos were, “If you think you did good, do better!” and “Treat your customers like you would treat a friend.”   Frank was inducted into the National Coal Mining Hall of Fame in 2019.  He also served as a board member for the National Mining Association.

A perfect day for Frank included taking his children to school in the morning and working 8 to 12 hours a day at the office with his esteemed co-workers at Jennmar.  He would always end the day at the kitchen table with his wife and children. Frank was an avid golfer who enjoyed competition with business associates and friends.  He loved to entertain family and friends and lived with a tenacious vigor for life.  He left a lasting impact on his family and business.

Frank was admired and respected for his overwhelming generosity and philanthropic efforts.  Some of his favorite charities were Family House, Children’s Hospital, and the Marine Corps Scholarship Foundation.

To send flowers to the family or plant a tree in memory of Frank Calandra, Jr., please visit our floral store.

A Memorial Tree was planted for Frank

Join in honoring their life - plant a memorial tree