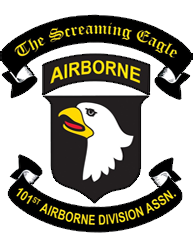 Husband, father, grandfather, and great-grandfather, was born in the Lawrenceville district of Pittsburgh to Martin Wallace and Ella Mae Corbett on June 12, 1930. David served in the United States Army with the 34th Infantry Division, the 88th Infantry Division, and the 101st Airborne Division, reaching the temporary rank of First Sergeant. In 1954, he returned to Pittsburgh, obtained his private pilot’s license, and married Beverly Elizabeth Best, his wife of the next 56 years.

Together they raised four children: Jeffrey, Mark, David, and Anne (1965-2020). Among his jobs, and the one of which he was proudest, was his tenure with the Allegheny County Police, representing the third generation of his family to serve as a Pittsburgh-area policeman. He loved reading and watching movies, and he had an encyclopedic memory for the actors and plots of old films. He died on Monday, October 17, 2022.

The family wishes to extend its deepest thanks to the dedicated staff of the Southwestern Veterans Center, where he spent the last three years of his life.

To send flowers to the family or plant a tree in memory of David F. Wallace, please visit our floral store.